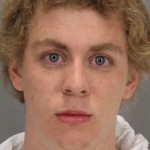 In psychology there is a well established effect called the bystander effect. The bystander effect, is a social psychological phenomenon that refers to cases in which individuals do not offer any means of help to a victim when other people are present.  It’s not that these are bad people it’s just that everybody thinks that someone else will intervene.  This is the phenomenon that prevented 38 law-abiding citizens in Queens from calling for help when a killer stalked and stabbed a woman in broad daylight in Kew Gardens (http://www.newyorker.com/magazine/2014/03/10/a-call-for-help).  More recently, the media has been reporting on the case of Brock Turner, the Stanford swimmer who raped an unconscious girl.  This story is getting a lot of attention because of the short sentence that Turner received.  What’s not receiving as much attention is that two strangers who did not know either the victim or the assailant intervened.  They were biking by when they noticed something “weird” (http://www.huffingtonpost.com/entry/brock-turner-bystanders_us_5755b3e1e4b0c3752dce45f8).  Not only did they intervene but they chased and tackled Turner until the police arrived.  It would have been easy for them to just keep on biking and not intervene (thinking that someone else will do something) but these two didn’t and hopefully more will follow that example.