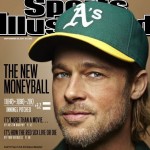 If your childhood was anything like mine you spent your afternoons and evenings on the field or on the ice trying to cram as many sports in as possible between that daily annoyance of school.  I grew up wanting to score goals, I did not want to grow up wanting to calculate the probability that a minor league prospect would make it to the major leagues.  A few bad decisions when I was younger and I ended up trading my hockey stick for a really cool scientific calculator, at least that’s what the sales clerk that sold it to me told me.  A few more questionable decisions mixed with some luck and I ended up doing a PhD that allowed me to do some pretty cool stuff with statistics.  I could calculate the probability that a pitcher chosen in the 2nd round of the MLB draft was going to pitch his first big league game within five years of being drafted.  I could determine that certain players were overvalued because they were on a good team and other players were undervalued because they were on mediocre teams.  If this all sounds familiar, it should, it was the basis of Moneyball.  The book, then the movie, that documented how the small market Oakland A’s were able to choose players that other teams undervalued.  Billy Bean, the general manager of the Oakland A’s used novel statistical techniques to make smarter decisions and the results speak for themselves.  The methods that Mr. Bean used are not unlike those which my students learn in our research courses.  My students have done to things such as measure whether the weight a tennis racquet impacts your serve or if pitchers have a “mental block” against their former clubs.  Sports has taken statistics mainstream (possibly making them less cool) but they’re the reason why executives from the Miami Heat to the Chicago Blackhawks gather in Boston to attend the Sloan Sports Analytics Conference.